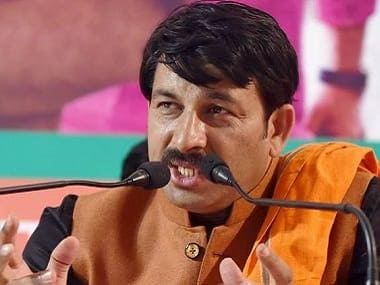 New Delhi: A “morphed” video showing Delhi BJP chief Manoj Tiwari dancing to AAP’s Assembly poll campaign song “Lage Raho Kejriwal” was made by a supporter and not by the party, the AAP has informed the Delhi election body.

The office of the Delhi chief electoral officer (CEO) had issued a notice for violation of the model code of conduct to the Aam Aadmi Party and sought its reply after it posted the video on its social media pages on 11 January.

On Twitter, the video was captioned: “Lage Raho Kejriwal song is so good even sir Manoj Tiwari is dancing on it”.

The AAP, in its reply on Tuesday, said the video was not created by it, but by a party supporter who had “morphed” visuals from Tiwari’s films and interweaved it into the video with “Lage Raho Kejriwal” playing in the background, according to a poll official.

The party had just shared it on its Twitter handle, the AAP said in its reply, the official said.

Meanwhile, the CEO had also issued a notice to the BJP, seeking its response to a complaint by the Aam Aadmi Party that the saffron party was making unsubstantiated allegations and maligning their reputation among the electorate of Delhi.

The BJP, in its reply, said it had done routine criticism of the AAP, which is confined to its police station, programmes and past records.

The office of CEO has forwarded the replies of the BJP and the AAP to the Election Commission.

The AAP was also issued a notice for a campaign video showing children singing and dancing, which was considered a violation of the EC and the National Commission for Protection of Child Rights guidelines. Its reply to this notice is awaited.

Patparganj Assembly Elections 2020 | Out of Delhi’s 70 Assembly constituencies, Patparganj is among the key seats from where VIP candidates are…